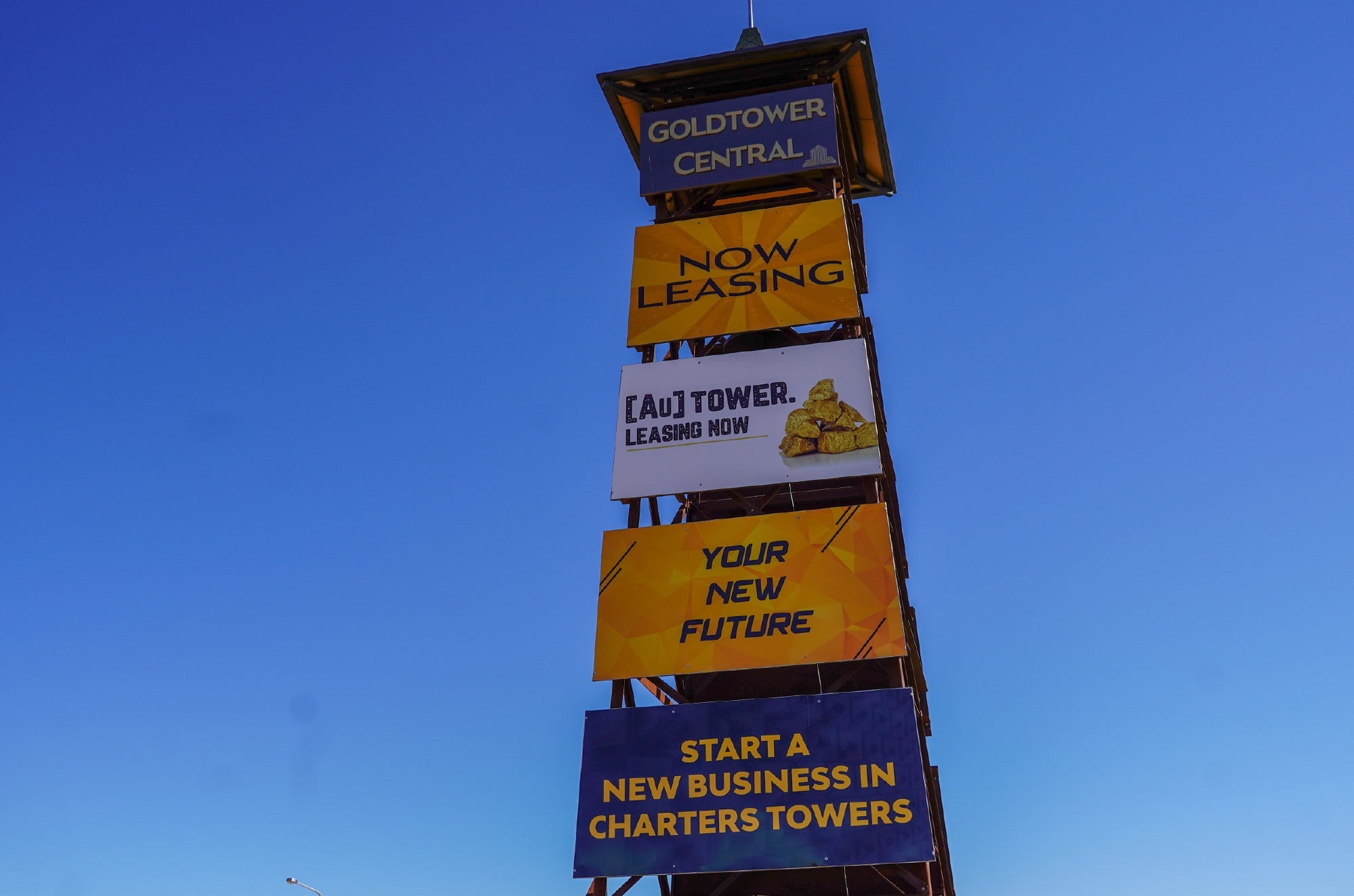 The original Lutheran bell tower, which is heritage-listed, was built in 1887 after the completion of the gothic-styled building of a church.  The prized bell tower was modelled on a poppet head that were dotted throughout the region.

With the original bell tower built of wood, the new bell tower will stand the test of time and will be illuminated in two ways.  The tower roof is a one of a kind, built and designed by Rod Coleman of Townsville, who built the roof of the small tower in Palmer Street Townsville some 45 years ago.  The roof is constructed with the highest-grade stainless steel SS316 grade and the stainless steel, gold shingles are tailor-made painstakingly placed together one by one.

“Goldtower is committed to giving the region new life, by building statement pieces that will attract both business and visitors alike. The precinct being built over 20 hectares, will not comprise the history of the town, said Paul McIver Managing Director. Instead, we will continue with the history by celebrating the town they called the World, in replicating pieces of heritage and bringing them into the 20th century.”

Installed on the very top is a state of the art, 1.2m high lightning arrestor and lighting strike counter. Mr McIver said since going this far why not actually see how many times a tower like this does get hit by lightning.  We have been working with the council of Charters Towers over a few years to ensure the engineering and certification, elevation is all compliant.

The old Lutheran Bell Tower is privately owned now by the former Mayor Liz Schmidt, it sits with pride out the front of the 1886 church and a private residence.  To this day it still turns heads, and it appears in many photos from tourist to locals.

The new Bell Tower is truly a Goldtower and will be erected tomorrow with several cranes. It will stand the test of time to the entrance of the development, which over time will attract new business to the region both in tourism, retail, and support industry such as mining and agriculture.

No comments to show.